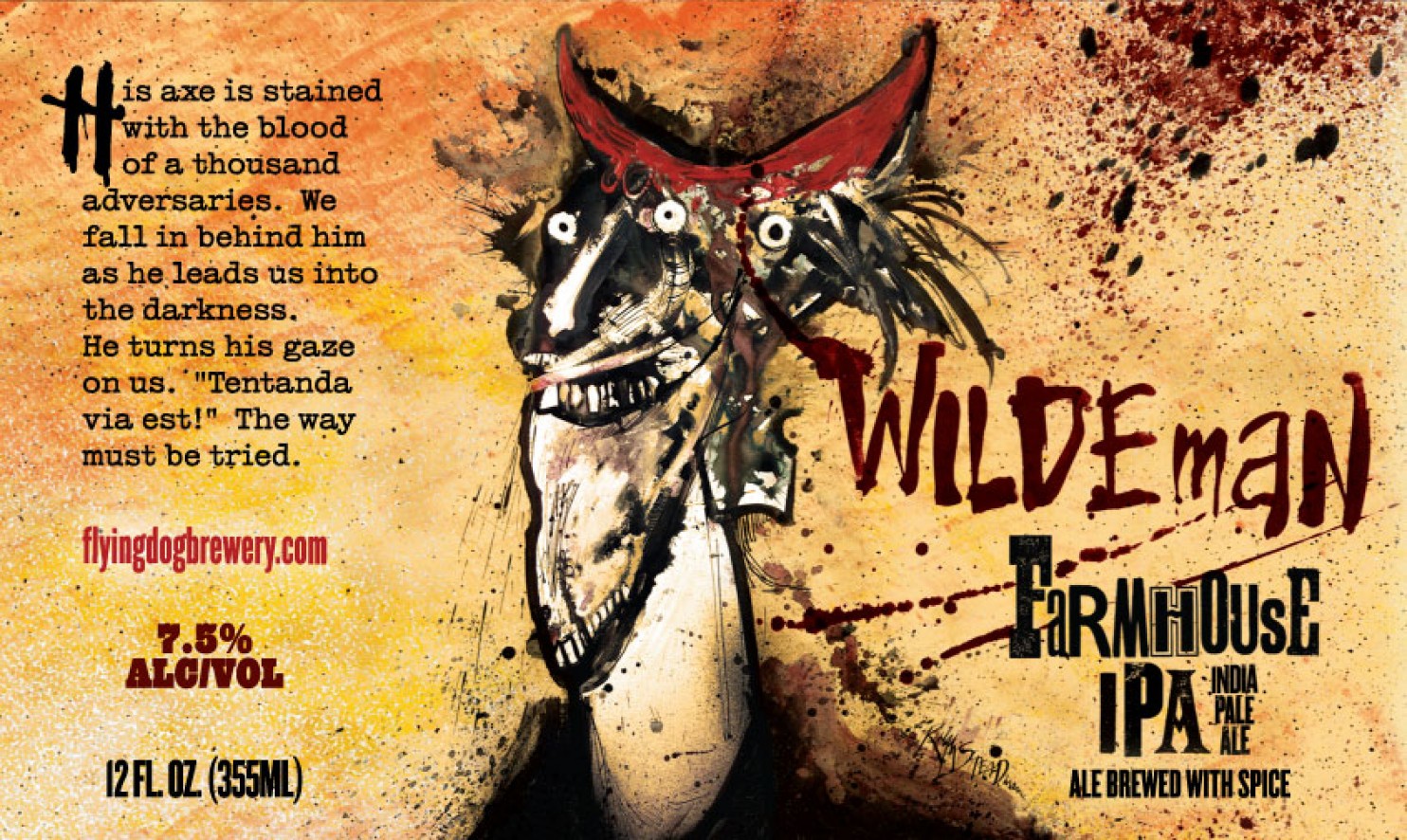 The Art of Good Packaging Design

As Charlotte marketing agencies get ready to participate in our local AIGA’s second annual Beer & Branding contest, I am reminded of my all-time favorite beer branding – and the brilliant artist behind it. You have to go back to the mid-1990s, when Flying Dog, once a modest brewpub in Aspen, had become a full-fledged brewery in Denver. And when Ralph Steadman’s wildly imaginative, occasionally obscene labels were first unleashed on an unsuspecting world as a crazy fusion of art, commerce and pop culture.

Chances are, if you know who Hunter S. Thompson is, then you know about Ralph Steadman. Steadman is the irreverent British cartoonist responsible for the frenetic caricatures associated with Thompson’s work, particularly the Gonzo journalism of the novel Fear and Loathing in Las Vegas. Aside from his work with Dr. Gonzo over the years, Steadman has also provided the artwork for the Flying Dog Brewing Company, whose labels and packages are just as unique as the brews inside.

Here’s a bit of background: Flying Dog founder George Stranahan lived a stone’s throw away from Thompson’s “fortified compound” outside of Aspen, and the two bonded over their mutual love of politics, firearms, and good ales. In fact, Thompson introduced Stranahan to Steadman, igniting a partnership that has outlived Thompson – who died in 2005. Steadman’s unique graphics are displayed on all Flying Dog products, giving this brewing company a definitive edge at POS.

The first label Steadman created for Flying Dog was for their Road Dog Scottish Porter. In addition to his frenetic, in-your-face style of art, he adorned the label with “Good Beer, No Shit.” The Colorado State Liquor Board insisted the phrase be banned, but after five years of court battles and help from the ACLU, it proudly graces the beer’s label once again. Admittedly, this brewing company first caught my eye on the sole basis of the artwork. As a big fan of both Thompson and Steadman, I was intrigued by the “Fear and Loathing” style graphics and their distinguishing presence among the monotony of the beer cooler.

For those drinkers looking for something a little more daring, Flying Dog also has a delicious array of seasonal brews that hit store shelves periodically such as The Fear Imperial Pumpkin Ale and Kujo Imperial Coffee Stout, both of which are as appetizing as their titles.